Fixico’s short visit to my house was now entering its 2 nd week. He was chomping on a frozen waffle which was in acute need of more microwaving. Fixico was working on his fourth cup of coffee. I ambled over to the Keurig eager for my first cup of morning joe only to discover Fixico had used the last coffee pod.

The TV was tuned to a local news channel. A weatherman was issuing a dire warning of exceptionally cold weather. He was predicting a cold front to move into the Tulsa area later in the day. I sensed an opportunity.

“Look at that, Fixico,” I said as I bit into a muffin. “Temps are going to drop to near zero later today.”

“Nah! These weathermen are always predicting doom and gloom,” Fixico replied. “It probably won’t get below forty.”

I decided to drop a stronger hint.

“Well, just the same, don’t you think it’d be wise to go check on your house? You’ll want to make sure the outdoor faucets are covered so your pipes don’t burst.”

I could only shake my head. I decided on a more direct approach.

“It’s been a whole week since you were home. You should get your cvpo down to Okmulgee to check on your place.”

My admonition sailed over Fixico’s head. His eyes were fixated on the news anchor who was reporting on a story about an enrolled Cherokee being appointed to the U.S. Congress. He jumped up and shook his fist at the tube.

“What’s the matter, Fixico?” I asked.

Fixico scooped up my muffin and drew his arm back as he aimed at the TV. I grabbed his arm and ripped my muffin from his fist.

“Heyluh! You aren’t going to toss my muffin at the TV. Besides, after SEVEN days, it’s the last one in the kitchen.”

“I’m just so tired of this,” Fixico lamented as he stared at the TV.

“Me too,” I said as I stared at the empty food pantry.

“Why is it that we Natives are always called enrolled members rather than tribal citizens?”

Fixico’s question stopped me in my tracks. I forgot that every once in awhile Fixico will make a thoughtful and insightful comment.

“You make a great point, Fixico.”

“Let me ask you something. Are we enrolled members of the state of Oklahoma?”

“I’ve never heard of that.”

“Are we enrolled members of the United States?”

“I’ve never thought about everybody referring to us as enrolled members of a tribe, Fixico.”

“You have a Costco membership, Fixico?” I asked as visions of huge grocery discounts danced in my head.

“Not anymore. The ex-wife got it in the divorce.”

“The newspapers, the TV stations, publications of all types, indeed the entire sphere of the media, always refer to us as enrolled members of a tribe. That must stop! We are citizens of a sovereign entity.”

“Even some of the Native media uses the term, enrolled member.”

“It’s crazy. And it’s got to change. We need to always be referred to as tribal citizens, not enrolled members.”

“I totally agree, Fixico. But what can we do about it?”

“I’m not sure just yet. I need to think of a plan. Going to take some time to think it through. I do my best thinking at the kitchen table. Bring me another waffle and another cup of coffee, willya?” 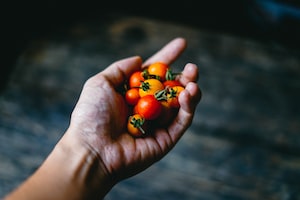