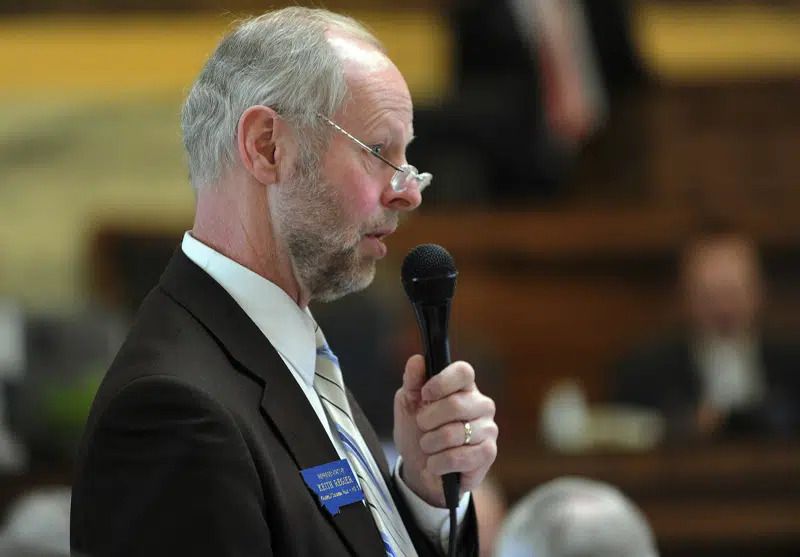 HELENA, Mont. (AP) — A white state lawmaker in Montana is questioning whether land set aside long ago for Native Americans should exist anymore.

Republican Sen. Keith Regier is proposing asking Congress to study alternatives to reservations. The measure, submitted this week and riddled with racial stereotypes, is unlikely to pass and would have no practical effect if it did. But it’s causing tensions to surface at the Republican-controlled Montana Legislature that kicked off this week.

Native American lawmakers say they’re now spending time responding to the proposed resolution rather than focusing on their own legislative priorities, including extending the state’s Missing and Murdered Indigenous Persons Task Force for another two years, creating a grant program to train community-based groups to search for missing people and encouraging the state to determine the economic impact of reservations on the state’s economy.

“I hate spending energy and time on this kind of stuff because I feel like it sidetracks us,” state Sen. Shane Morigeau, a member of the Confederated Salish and Kootenai Tribes, said Thursday. “But at the same time, it clearly signals to me that we have a lot of educational work to do in this state.”

Regier said the language in the resolution was written by Mark Agather, a retired businessman who is involved in conservative politics in Kalispell near the Flathead Indian Reservation in western Montana.

Reiger has submitted the draft to legislative staffers, but he did not respond to an email Friday asking if he would formally introduce it.

Agather didn’t respond to inquiries from The Associated Press, including on whether he sought input from tribal members.

The draft resolution argues that reservations have “failed to positively enhance the lives and well-being” of Native Americans, led to substance abuse, domestic violence, welfare dependence, poverty and substandard education. It also argues tribal members who don’t own land have the highest poverty rate and lowest life expectancy of any ethnic group in America.

It also argues reservations are “not in the best interests of either the Indians inside our borders or for our common Montana Citizens.”

Morigeau said that if legislators want to consider any alternative, it should be “giving the land back that was taken in the first place, not robbing the last bit of land and resources that we have.”

HOW DO NATIVE AMERICANS RESPOND?

Floyd Azure, chairman of the Fort Peck Tribe in northeastern Montana, said the draft resolution perpetuates racial stereotypes about life on the reservation when social ills, such as addiction, exist nationwide.

“Why exaggerate the reservations?” he said. He thinks some people “make themselves feel better” by attacking Native Americans.

Morigeau said the federal government over decades has failed to stamp out tribes, their culture and language through relocation programs and boarding schools. Interior Secretary Deb Haaland, who is from Laguna Pueblo in New Mexico, repeatedly has acknowledged the harm those policies that no longer exist caused and sought ways to address the trauma.

“I’m tired of hearing what other people think is best for us,” Morigeau said. “Consult and seek the advice of Indian people,” rather than imposing on tribes.

The solution to any social issues on reservations, including addiction or disproportionate rates of health problems, is not to diminish reservations, Morigueau said. “We should be building tribal sovereignty up.”

More than half — or 326 — of the 574 federally recognized Native American and Alaska Native villages in the U.S. have land set aside that’s categorized as federal trust land. Often the land is referred to as a reservation, but also as rancherias in California and pueblos in New Mexico.

The largest reservation is the Navajo Nation, which spans 27,000 square miles (69,000 square-kilometers) into parts of New Mexico, Arizona and Utah. Other reservations are tiny.

All but one of Montana’s seven reservations were established prior to statehood.

Momentum has grown in recent years to restore land to Native American tribes. The Interior Department under Haaland also has opened the door for Alaska Native villages to seek trust land status.

The resolution argues that Native American reservations were created based on race. The U.S. Constitution recognizes tribes as sovereign governments, which is a political classification.

The federal government set the boundaries for reservations under the auspices of lessening conflicts between Native Americans and white settlers.

The same race-based language used in Reiger’s draft resolution has shown up elsewhere. Most notably, from critics of the federal Indian Child Welfare Act who have argued the law is unconstitutional because it violates the equal protection clause.

The U.S. Supreme Court is expected to issue a ruling this year in a case challenging the law, which gives preference to Native American families in foster care and adoption proceedings of Native children. Tribes fear widespread impacts if the court attempts to dismantle their status as political sovereigns.

PREVIOUS RACIAL TENSIONS AT THE LEGISLATURE

The Republican-controlled Legislature also passed bills similar to earlier laws that had been declared unconstitutional after a judge found they made it more difficult for Native Americans to vote. And the state Senate removed a member of the Montana Human Rights Commission, leaving it without Native American representation for the first time in at least 16 years.

“Legislators, including the Indian Caucus, make every attempt to be civil. However, it’s hard when the Indian people are attacked over and over, day after day,” Democratic Sen. Susan Webber said at the time.

Republicans denied any legislation was discriminatory. 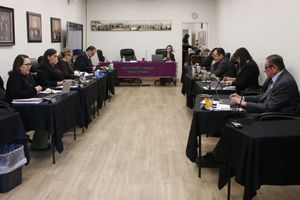