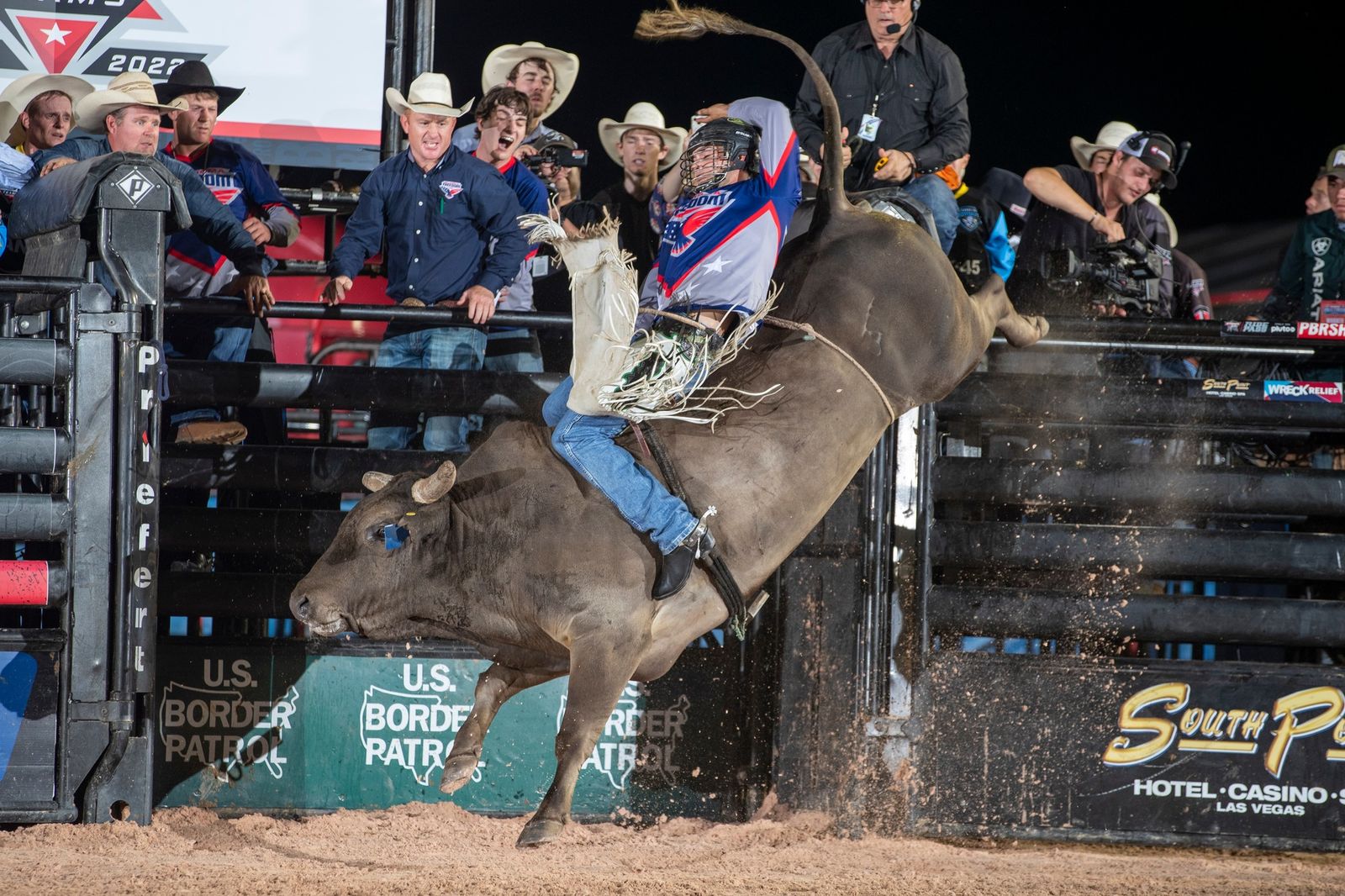 CHEYENNE, Wy. – This week the inaugural season for Oklahoma’s first-ever professional bull riding team, the Oklahoma Freedom, will get underway in Cheyenne, Wyoming, on July 25-26. The two-day event, held in tandem with the iconic Cheyenne Frontier Days Rodeo, will feature the team’s first two games, as well as a Bonus Round to assist in determining the event winner. The competition will begin at 7:45 p.m. MT on Monday, July 25, and Tuesday, July 26.

The Freedom are one of eight founding teams in the new PBR Team Series – playing five-on-five bull riding games to crown a team champion Nov. 4-6 in Las Vegas. During the regular season, all teams will compete in 10 events, playing in a combined 28 games. The Freedom will compete in Oklahoma City at Paycom Center on September 16-18.

Ahead of the competition this week, below is a breakdown of the event format, daily matchups, starting rosters and more.

FORMAT: During the two-day, regular season event in Cheyenne, each of the eight founding teams for the PBR Team Series will compete in a head-to-head, five-on-five bull riding game each day of competition. For the four games on Monday and on Tuesday, each team’s head coach will select five riders to match against the five bulls assigned to their team. The team with the highest aggregate score will be the game winner, and ties will be allowed. The same process will be repeated on the second night of competition, with each team facing a new opponent.

A bonus round will follow Tuesday’s second round of games, with each team selecting one rider to attempt one final bull. This rider can be an alternate (bench) rider who has yet to compete in the event. The Bonus Round is independent of the results of that weekend’s previous games and only applies to the overall event standings in the case of a tie. Teams receive bonus points based on their rider’s placement in the Bonus Round: 1st (8 points), 2nd (7 points), 3rd (6 points), 4th (5 points), 5th (4 points), 6th (3 points), 7th (2 points), 8th (1 point). Teams will be placed via ride score and then buckoff time.

LET’S RECAP THE PRESEASON: Prior to the start of the regular season, two preseason events were held for the PBR Team Series. In the overall preseason standings, the Oklahoma Freedom finished fourth, going 2-2 in game play, amassing 606.75 aggregate and 10 Bonus Round points. As the preseason got underway in Bismarck, North Dakota, the Freedom won their first event game, besting the Austin Gamblers 260-172. The Freedom, however, were not able to continue the momentum beat 172.75-87.75 by the Kansas City Outlaws in their second game. In Tryon, North Carolina, for the second preseason event, the Freedom again went 1-1, routing the Carolina Cowboys 173-0 before being defeated by the Arizona Ridge Riders 255.5-86.

OPPONENT – JULY 25: During the opening day of games for the PBR Team Series event in Cheyenne, Wyoming on July 25, the Oklahoma Freedom will play the Kansas City Outlaws.

NOTE: For a complete list of all the game matchups scheduled for the Cheyenne regular-season event, click here.

(Note: Each rider and bull’s name are hyperlinked to their PBR.com bio page with additional competition stats and history.)

Rematches to Watch: During the Oklahoma Freedom’s game against the Kansas City Outlaws, two riders will face rematches, each boasting a perfect record against their animal athlete counterpart.

(Note: Each rider and bull’s name are hyperlinked to their PBR.com bio page with additional competition stats and history.)

Head Coach J.W. Hart: J.W. Hart joined the Kansas City Outlaws as Head Coach with his name already firmly etched in the PBR record books. The 1994 PBR Rookie of the Year won one of the most prestigious events in bull riding, the PBR World Finals, in 2002. He is also one of 41 riders in organizational history to eclipse $1 million in career earnings. Known as the PBR’s original “Iron Man,” Hart rode in a then-record 197 consecutive elite tour events until his streak came to an end in 2003. Hart is also comfortable in the coaching role, serving on the coach staff for Team USA during the 2019 and 2020 Global Cups. Additionally, during the four editions of the PBR World Cup, Hart captained Team USA from 2008-2010, leading the American riders to their second win at the event in 2009.

PBR Insider Justin Felisko’s Rider to Watch: Is Rafael Henrique dos Santos healthy? That will be an early-season question for an Outlaws team already dealing with multiple injuries (Kyler Oliver and Cole Melancon). Santos, who went 0-for-6 at the World Finals, has been hindered by a torn left groin for nine-plus months, an injury preventing Santos from riding at his full potential consistently. There is no doubting Santos’s success riding bulls into his right riding hand; if healthy, he should be the Outlaws’ right-handed ace. Santos has a rematch against Bread Basket, who he previously rode for 91.25 points in Tulsa, Oklahoma. However, if Santos is not healthy, General Manager Jim Smith and coach J.W. Hart may need to scour other teams’ practice squads or the free agent pool for further depth. Kansas City signed Koltin Hevalow off the Arizona Ridge Riders’ practice squad late Wednesday night. For more from Felisko, click here.

Rematches to Watch: During the Kansas City Outlaws’ game against the Oklahoma Freedom, two riders will face rematches.

ASSETS & INTERVIEWS: Following each game, photo and video assets of the Oklahoma Freedom will be made available. Remote interviews with team leadership, including Head Coach Cord McCoy, and competing riders will also be made available upon request.

ABOUT THE OKLAHOMA FREEDOM: The Oklahoma Freedom are based at Paycom Center in Oklahoma City, joining team tenants including the NBA’s Oklahoma City Thunder, and their G League affiliate Oklahoma City Blue, where the team will hold its inaugural Oklahoma Freedom Fest homestand September 16-18, 2022, the 8th regular season event of the 10-event PBR Team Series 2022 regular season. The Freedom are coached by Oklahoma native Cord McCoy, a former bull rider and four-time qualifier for PBR World Finals. Under the leadership of General Manager Brandon Bates, the team is operated by Prodigal, a full-service sports and entertainment agency based in Oklahoma City, Oklahoma. The senior staff at Prodigal has more than 100 years of experience managing sport and entertainment events and teams. PBR and Prodigal have a longstanding relationship dating to 2007, partnering annually on Unleash The Beast events in the Sooner State.

ABOUT THE PBR (PROFESSIONAL BULL RIDERS) TEAM SERIES: The PBR Team Series is an elite new league that will feature the world’s top bull riders competing on teams in five-on-five bull riding games during an 11-event season beginning in July and culminating in a team championship at T-Mobile Arena in Las Vegas November 4-6.  During the 2022 season, each of the eight teams representing teams in Austin, TX; Fort Worth, TX; Glendale, AZ; Kansas City, MO; Nashville, TN; Oklahoma City, OK; Ridgedale, MO; and Winston-Salem, NC will host a three-day homestand.  There will also be neutral site games in Cheyenne, WY and Anaheim, CA. To determine team rosters, the league held a rider draft on May 23 prior to start of the 2022 season among any bull riders who have declared for the draft during a league eligibility window. The PBR Team Series builds on the existing structure of professional bull riding with the same basic rules for judging and scoring qualified 8-second bull rides. Events will be staged in a tournament-style format with all teams competing in head-to-head matchups against a different opponent each day. Each game will feature five riders per team squaring off against another team. Full team rosters will be comprised of seven riders on the core roster and three practice squad members. The team with the highest aggregate score of qualified rides among its riders will be declared the winner of each game. The event winner will be the team with the most game wins across an event, with a special bonus round designed as a tie-breaker to determine final event standings. All PBR Team Series events will be carried on either the CBS Television Network, streaming live on Paramount+, CBS Sports Network, or RidePass on PlutoTV. 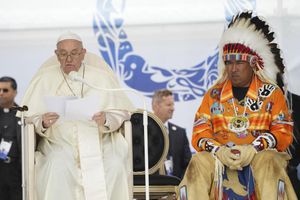