Fixico tossed his beer can at Tarpalechee’s television. Beer splattered
all over the screen and soaked his shag carpeting.

“I just can’t stand it anymore,” Fixico said. “All these political ads are
driving me crazy!”

“Me too,” Yahola said. “It is crazy! They all keep saying the same thing.”

Me, Fixico, and Yahola were hanging out in Tarpalechee’s Creek house
that was built in the 1970s. Hence the shag carpet that Tarpalechee
refuses to replace. The popcorn ceiling also dates the place.

I was sitting in one of Tarpalechee’s Barcaloungers that had been
handed down from one of Tarpalechee’s many cousins. Tears in the
faux leather had been repaired with duct tape. The chair had a decided
battleship gray color. Its left leg was broken and thus the chair was
listing like a sinking ship. Its acute tilt was throwing out my back. I
cracked open another beer to dull the pain.

“It doesn’t matter if it’s Lankford, Drummond, O’Conner, Holland or
Dahm & Dahmer,” Fixico complained. “They all are preaching the same
message.”

“Yeah, well you don’t have to throw a beer can at my TV,” Tarpalechee
complained.

“That old thing,” I said. “It looks like someone bought it from Radio
Shack back when disco was all the rage. And its not even a flat screen.
Look at the size of that thing!”

“I got it for $25 from my cousin,” Tarpalechee protested.
We all howled with laughter. Fixico continued.

“It’s like all these candidates are competing to show how many times
they can kiss Trump’s butt. That is their highest qualification for elective
office.”

“I agree,” Fixico said. “It’s like they worship Trump.”

”Many would say that Trump has replaced Jesus as their personal lord
and savior,” I said.

“Amen!” Yahola interjected. “They are all competing to see who can be
the most kkkonservative!”

At that moment, another political ad appeared. It was one more prayer ad from U.S. senate candidate Luke Holland. He was prayerfully imploring Trump, er, God, to “Bring us back. Bring us back.”

“That’s what I’m talking about,” Fixico screamed as he tossed another beer at the TV. “Bring us back? To where? 1950s segregated America? 1850s slavery America? Is that what they mean?”

“Heyluh! Stop throwing beer cans at my TV!” Tarpalechee demanded. Me and Yahola could not stop laughing. I threw a $20 bill at Tarpalechee.

“This is grand theater, and I don’t want the show to stop,” I told Tarpalechee. “Twenty dollars is far more than your old hand-me-down TV is worth.”

“That Holland character reminds me of the biblical story of the Pharisee
praying loudly in the Temple. Desperately trying to show everybody
how holy and godly he is,” Fixico said.

We all cackled with laughter.

“All these far-right extremists can talk about is God, whipping up fear
about illegal immigration while attacking Biden and Pelosi,” Yahola
continued.

“Yes!” Tarpalechee agreed. “And in so doing they are wholly ignoring
the most pressing and most prominent issues of the day.”

“Ok, I’ll bite,” I said as I chomped on Tarpalechee’s stale potato chips.

“What would those be?”

“Mass murders, white supremacy, and the Jan. 6 th clear and present
danger to democracy,” Fixico answered. “Those are the most critical
issues that the white wing kkkonservatives wholly ignore.”

“Hmmm. So true. I have not seen a single ad from a Republican
candidate that mentions mass murders, white supremacy, or the Jan.
6 th riot,” Yahola said. “And these are the most pressing issues in
America today.”

“Clueless Republicans,” I said. “They energetically try to distract our
attention from the significant issues of America by whipping up fears
about illegal immigration.”

“Gotta always blame the brown man and persons of color,”
Tarpalechee said. “That’s what the white wingers always do.”

“The FBI Director, Chris Wray, has identified White Supremacy as the
number one threat to America,” Yahola said. “Yet not a single mention
of this from any of the Republican candidates.”

“Probably because they are all white,” Fixico said.

We all guffawed at the truth of Fixico’s comment. At that moment, yet another white wing kkkonservative political ad appeared on the TV. It was praising all things about The Wall. Suddenly, Tarpalechee’s forty-year-old TV began flickering and then went blank.

“Even the TV is tired of the clueless Republicans,” Fixico said as he
tossed yet another beer can. 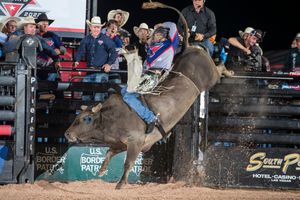 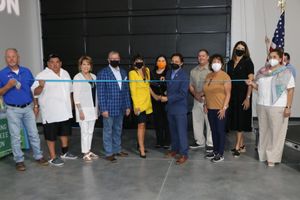