“When in the coarseness of human events,” Fixico declared. “It becomes necessary for a city to throw off the shackles of the tyranny of a meddlesome state government, the town must then declare its independence. We hold this truth to be…well, true!”

Fixico was addressing a rebellious throng of Tulsans who were fed up with the crazy politics emanating from the Oklahoma state capitol. The group was gathered in front of the iconic symbol of Tulsa, the seventy-five-foot, 43,500-pound Golden Driller statue. For the occasion, the Golden Driller was outfitted with a massive Tulsa flag which a strong wind conveniently caused to flap and flutter. It was a perfect backdrop to Fixico’s call for Tulsa to secede from Oklahoma.

“King Bullstitt and his lap dog cronies in the state legislature have
committed a long train of abuses and usurpations against our fair city.
It is thus our right, nay, our duty, to throw off the intrusive state
government overlords and go on our way. The time has come for Tulsa
to secede! If Texas can secede from the Union, Tulsa can secede from
Oklahoma!”

The adoring crowd erupted into deafening applause. Tulsa Secede flags
suddenly appeared throughout the gathered masses. Shouts of “Secede
Now” filled the air. With a huge grin pasted on his face, Fixico clearly
was enjoying the moment.

“The history of the present king of Oklahoma is a history of repeated
injuries and usurpations. All having in direct object the establishment of
an absolute tyranny over the Magic City. To prove this, let the following
facts be submitted to a candid world.

“King Bullstitt has refused to assent to the laws that authorize self-
governance and self-determination of towns and cities;

“King Bullstitt has betrayed us by passing laws that infringe upon the
sovereignty of the City of Tulsa;

“King Bullstitt and his legislative toadies have attempted to wrestle
away local control of our schools;

“King Bullsitt and his sycophant lackeys have now decreed that Oklahoma will punish cities and towns if we refuse to be cruel to the homeless and the less fortunate among us. Bullstitt has waved his magic wand and decreed that homelessness shall be illegal.”

At that moment, one of Tulsa’s patriotic citizens rushed the stage and stood next to Fixico at the podium. The Tulsan produced an effigy of Gov. Bullsitt that looked like a cross between Foghorn Leghorn and Droopy Dog. He proceeded to wave the effigy around like it was a rag doll.

Fixico doused the image of Gov. Bullstitt with lighter fluid. Somebody lit
it with a match, and it immediately went up in flames. The effigy looked
like it had self-immolated. The adoring masses shouted their approval and clapped vigorously. Fixico returned to the speaker’s podium.

"This united city of Tulsa is, and of right, ought to be, a free and independent city. Further, that the Magic City is hereby absolved from any allegiance to the state of Oklahoma and that any political connection between our city and the state is hereby dissolved.

“And for the support of this Declaration of Independence, with a firm
reliance upon the protection of divine Providence, we mutually pledge
to each other our lives, our fortunes, and our sacred honor.

“The City of Tulsa is hereby and henceforth forever a free and
independent city and shall be known, once again, as Tulsa, Indian
Territory!”

The crowd roared its approval. Hundreds of Tulsa city flags magically
appeared throughout the gathered masses. Even the Tulsa Driller
appeared to smile and convey its approval.

It was a great day for Tulsa. 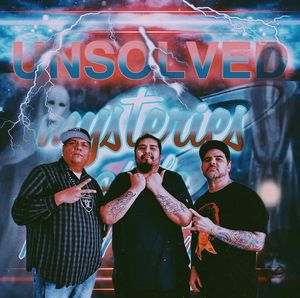 Unsolved Mysteries of the Reservation Episode 4 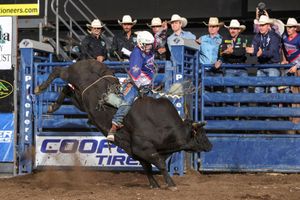