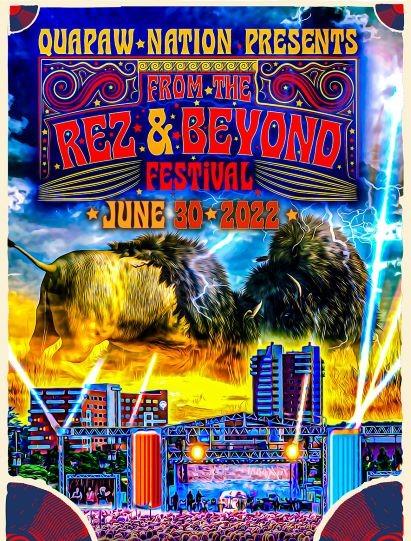 Quapaw Nation presents a celebration of Indigenous culture, art, music and more at the From the Rez and Beyond Festival on June 30

QUAPAW, Oklahoma – The Quapaw Nation kicks off its 150th-Anniversary Powwow with one of the country’s largest celebrations of Indigenous culture, music and artistry. The From the Rez and Beyond Festival is headlined by Halluci Nation, formerly known as A Tribe Called Red; Native American hip hop artist DJ Supaman; long-time Blues Rock band Indigenous and the Grammy-winning drum group Northern Cree. The festival takes place June 30 at Downstream Casino Resort, 80 miles northeast of Tulsa and four miles west of Joplin, Missouri on Interstate 44. The Quapaw Powwow is one of the longest-running celebrations in Indian Country and takes place July 1 – 4 at Beaver Springs near Quapaw. “We’re excited to present this fun-filled day for the entire family with top acts from all corners of Indian Country, and it’s all in anticipation of our 150th-Anniversary Powwow,” said Quapaw Nation Business Committee Chairman Joseph “Tali” Byrd. “It’s also a celebration in honor of our tribal sovereignty and our reservation. We want to celebrate what it means to be Indigenous in 2022.” In addition to the evening headliners, Indigenous television and film stars are on the lineup. Rap and hip-hop artists Sten Joddi and Lil Mike and Funny Bone, both featured in the hit FX series Rez Dogs by Seminole/Muscogee Director Sterlin Harjo, will make appearances. They join TV and film actor Jonathan Joss, star of hit TV shows like Parks and Recreation and King of the Hill, and movies like the Magnificent Seven and True Grit. A special video message from U.S. Poet Laureate Joy Harjo will also be played for the audience. She is the first Native American to hold the title and only the second to serve three consecutive terms.Food trucks, art demonstrations, and fireworks after the performances are part of the full-day celebration of Indigenous cultures from north to south and coast to coast.“We’ll be presenting spoken word performances, live art demonstrations, dancing, and of course the top artists in all of Indian Country,” Chairman Byrd said. “There is plenty to do for the youth, so we encourage everyone to bring your family and enjoy a day of cultural and celebratory activities ahead of our 150th-Anniversary Powwow.”Admission is free to anyone under 16 and over 60 years old. Citizens of federally recognized tribes pay $15 at the door. General admission for all others is $20. Festival attendees may purchase advance tickets at the Heckaton Gift Shop inside Downstream Casino Resort or by calling (918) 919-6000 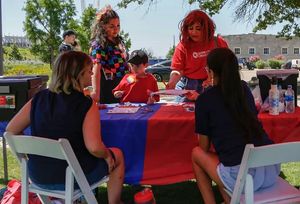 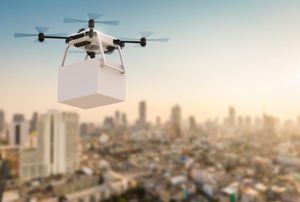 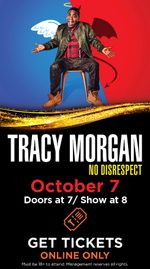