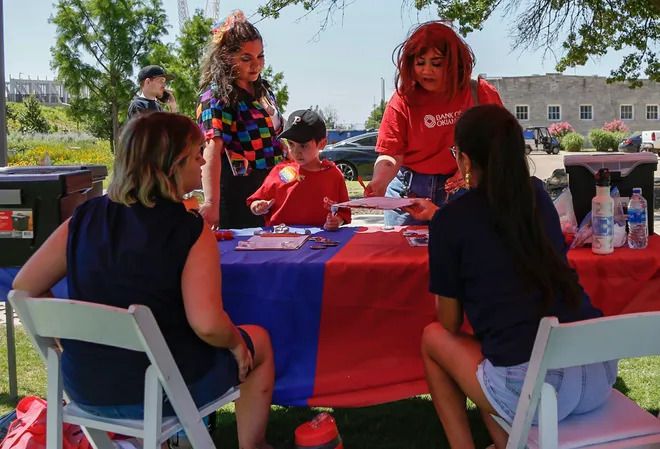 by Molly Young
After months of working to increase voter turnout among Native Americans, Oklahoma tribal leaders and voting advocacy groups will receive their first progress report Tuesday. The primary elections will also provide a road map of how much ground they have left to cover before November. When is the primary election? Everything you need to know about Oklahoma voting Lack of transportation and internet access, especially in rural Oklahoma, are two of the biggest barriers they are working to overcome to ensure Native Americans have a bigger political say. Rev. David Wilson, who directs the nonpartisan Rock the Native Vote, said another hurdle is explaining how statewide elections impact everyday life for tribal citizens.
But that link has become more clear since McGirt v. Oklahoma, he said. Many people cite the landmark ruling that affirmed the Muscogee reservation as their reason to sign up to vote. Disagreements over it have driven a wedge between state and tribal relations. Two top critics, Gov. Kevin Stitt and Attorney General John O’Connor, both face reelection. Oklahoma voters will also fill seats in U.S. Congress and the statehouse.
How do you vote in Oklahoma?  Tribal leaders launch website to explain registration steps Rock the Native Vote has so far helped more than 500 people register to vote. Event organizers now call to request voter registration tables at their events, Wilson said, rather than the other way around. The group hosted eight separate registration drives on June 2 to commemorate the day in 1924 when all Native Americans gained U.S. citizenship.
“We feel like we’re gaining some momentum, and we’re excited about that,” Wilson said.Oklahoma's Native American population is among largest in U.S.Low voter participation is a problem statewide. It’s also an issue for many Native American communities. One in three Native American adults was not registered to vote in 2012, according to the National Congress of American Indians. That amounted to 1.2 million potential voters. In Oklahoma, Native Americans make up a larger share of the state population than any other state but Alaska. Sixteen percent of Oklahoma’s 3.9 million residents identified as Native American in the 2020 census. In some counties, such as Adair within the Cherokee Nation, the share is as large as 56 percent.
Tribal leaders point to those numbers as an example of the political voice Native Americans can have in elections. The important part is working together, Muscogee Nation Chief David Hill said last week during a meeting of the United Indian Nations of Oklahoma.The race for Oklahoma governor:  Kevin Stitt, Joy Hofmeister lead in fundraisingThe group, which represents several tribes and their citizens, plans to launch a get out the vote campaign called “Warrior Up to Vote.” “It’s a very important election this year,” said Hill, who is the group’s secretary.Election Day turnout is also the focus of Vote Your Values, a coalition that started in March and now includes 22 tribal nations based in Oklahoma. It promotes nonpartisan ads on social media that feature Oklahomans, often from rural parts of the state, talking about why they vote.Several tribal nations have also shared Vote Your Values ads and messaging on their own social media pages.“It’s our belief that informed and engaged communities will lead to positive outcomes in our elections,” said Matthew Morgan, a spokesperson, in a written statement.Who are the Oklahoma political candidates with tribal support?Although the voter registration efforts are nonpartisan, some tribal leaders and nations are separately making their views known.As one example, Cherokee Chief Chuck Hoskin Jr. wrote to his tribe’s more than 400,000 citizens in May and encouraged them to vote for candidates’ records on working with tribal nations and recognizing their sovereign rights. “If elected to these powerful offices, these anti-tribal sovereignty politicians could inflict generational damage on tribes,” he wrote. Hoskin described the gubernatorial and three congressional Republican primary races as especially critical. McGirt v. Oklahoma has become a central issue in each race. Stitt is the favorite to win his Republican primary race for gov against challengers including Joel Kintsel, who leads the Oklahoma Veterans Affairs Department.On the congressional level, incumbent Sen. James Lankford faces Jackson Lahmeyer, a Tulsa pastor, in his Republican primary. Oklahoma’s second Senate seat will be vacated by retiring Sen. Jim Inhofe. A crowded list of GOP candidates hopes to replace him, including U.S. Rep. Markwayne Mullin, Chickasaw Community Bank CEO T.W. Shannon, state Sen. Nathan Dahm, former EPA administrator Scott Pruitt and former Inhofe chief of staff Luke Holland.Another packed Republican field is vying to represent Oklahoma’s 2nd District in the U.S. House, which Mullin has done since 2013. The district covers parts of eastern and southern Oklahoma, including the much of the Cherokee Nation.By the numbers:  GOP has double-digit registration edge in all congressional districts Campaign finance records show the Cherokee Nation gave $100,000 to Defend Oklahoma Values, a super PAC airing ads in support of Lankford. It donated $30,000 to back Mullin, who is Cherokee. Tribal nations are also contributing to state races. Joy Hofmeister, who is expected to win the Democratic primary for governor, reported receiving the maximum contribution from the Chickasaw, Choctaw, Citizen Potawatomi and Osage nations. The latter three also gave the same amount — $2,900 apiece — to Kintsel.Truth for Oklahoma PAC, a new political action committee that shares an address with Choctaw Nation headquarters, has also created ads backing Kintsel and criticizing Stitt. The group has not yet reported how much it has raised or spent on the ads.Regardless of how the primary races turn out, tribal leaders and voter advocacy groups say their work to increase turnout is just getting started. Several organizations will co-host a candidate forum in the fall to discuss tribal government issues before November’s primary election. Other priorities include engaging younger voters through social media platforms like Instagram, Twitter and TikTok and working with tribal leaders on ways to provide transportation to the polls.“This is by far our biggest effort, and we’re excited about what we’ll continue to do,” Wilson said. 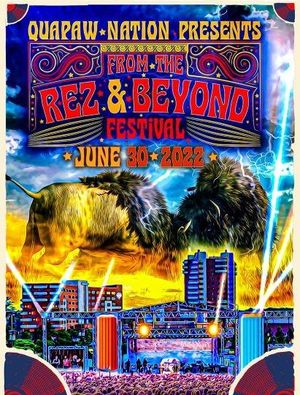 Quapaw Nation presents a celebration of Indigenous culture, art, music and more at the From the Rez and Beyond Festival on June 30