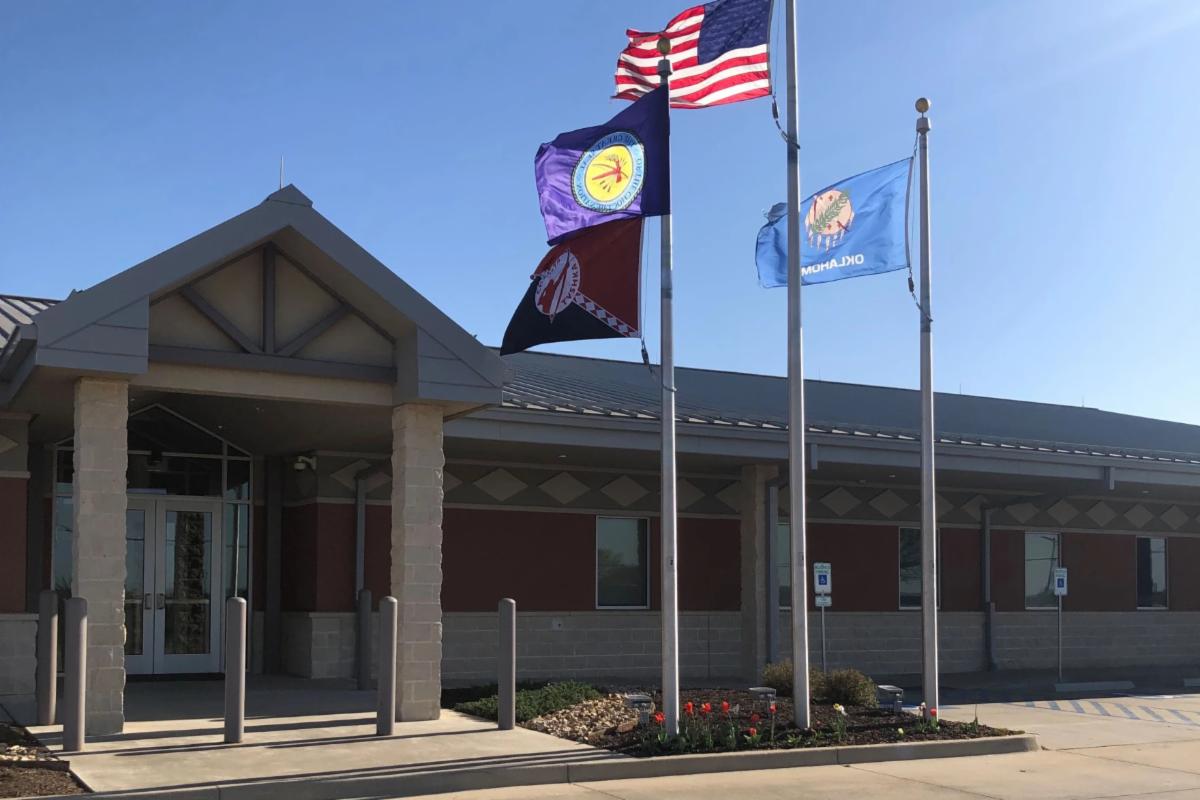 'I want to help my people': Tribal nations in Oklahoma focus on mental health treatment

The tribal nations affected by the McGirt v. Oklahoma decision say having increased jurisdiction has presented challenges. But, they say the investments they are making in mental health and the increased coordination with tribal law enforcement to meet demand is creating a better service for Native people.

Choctaw Nation Sgt. Trey Wright is just settling into his shift on a Wednesday afternoon in his police cruiser.

"We're on patrol and, you know, just kind of listening to the radio," noting that one of the previous calls was an officer that just checked in on a traffic stop.

He's listening to the dispatch to see what other officers on patrol might need assistance with, as one call comes through from McCurtain County.

"That's an animal complaint," said Wright as he drove through different parts of Durant within the Choctaw Nation reservation.

Wright has been a tribal police officer with the Choctaw Nation for more than a decade. In the past year, he's noticed an increase in the number of calls involving people who are in crisis and need mental health care.

In order to help with that increase in people needing mental health support, Wright wanted to be able to have other tools to help people. That's why he went to de-escalation training.

"We're trying to make them feel comfortable with us and build a rapport with us," said Wright. "That way, we can try to get to the root of what their issue is and trying to see if they need to be taken for a mental health evaluation."

De-escalation is now just one of the tools he and other tribal police officers, sometimes referred to as Lighthorsemen, use when encountering people experiencing mental health issues and call for help.

When a landmark U.S. Supreme Court ruling gave six tribes in eastern Oklahoma a much bigger role in enforcing the law on their reservation land more than two years ago, Choctaw Nation and other tribal nations started ramping up their criminal justice systems, hiring more prosecutors, judges and police officers.

They also made big investments in tribally-run mental health care.

"So, most of the time, those calls have to do with somebody who may or may not be suicidal," said Rowley. "Sometimes all those calls involve somebody who is undergoing some sort of psychosis, and they're not exactly sure what to do because the question is, 'are they a danger to themselves or somebody else?'"

Having unarmed people with mental health training respond to these crisis calls isn't a new idea. The Behavioral Health Emergency Assistance Response Division or B-Heard started in 2021 in New York. The goal is to cut down the number of calls to police for mental health emergencies. Instead, social workers and paramedics respond. Data collected on the program shows promising results.

In the first year of the program, when people with mental health training responded to crisis calls instead of the police, the number of people taken to hospitals went down nearly 30 percent.

In Eugene, Oregon, CAHOOTS (Crisis Assistance Helping Out on the Streets) has offered these services since 1989. And the STAR program in Denver, Colorado does something similar.

Oklahoma doesn't have a mental health diversion program, but officers can learn de-escalation techniques when they attend Council on Law Enforcement and Education Training (CLEET). Officers are required to take two hours of mental health training.

CLEET does offer a 40 hour de-escalation training to officers, who then learn how to identify someone who is experiencing a mental health crisis or struggling with substance abuse.

Oklahoma voters approved two ballot initiatives in 2016 that were supposed to divert dollars from incarceration to mental health treatment. The state has continued to see a decline in the prison population and, in 2020, the state estimated a savings of $10.6 million dollars that would previously have been spent on incarceration.

In mid-November of this year, the U.S. Department of Justice announced that it was investigating state officials, as well as the Oklahoma City government and its police department over their alleged failure to adequately provide enough mental health resources. The DOJ is alleging that there isn't enough resources to handle mental health related 911 calls and that it leads to more admissions to psychiatric hospitals and more interactions with police.

Kris Steele, the former speaker of the Oklahoma House of Representatives, championed and advocated for the two ballot initiatives. Steele is now the executive director of TEEM, the Education and Employment Ministry.

"State Question 780 ultimately sought to incorporate a paradigm shift in the way that we deal with individuals who battle addiction or mental health issues," said Steele.

He says those who battle mental illness ought to be treated as a patient, not as a prisoner. Steele says a conservative estimate on the state's incarceration rate is around 13% of the total of people who have serious mental health issues.

In spite of the reinvestment of state dollars mandated by voters, Oklahoma ranks 46th for mental health funding.

"We have to increase the number of mental health and wellness centers within the state of Oklahoma," said Steele. "They (law enforcement officers) have taken people to jail who really need to be in a mental health setting for decades, for 50 years in Oklahoma."

Steele says police take people to jail because they don’t have another option, such as a treatment facility.

"We ask law enforcement to take on these crises,” said Woods.”That's who we call and so we have to train them."

The Oklahoma Department of Mental Health & Substance Abuse says more options for officers are emerging including telehealth and providing officers with mobile devices that can connect them to mental health professionals.

"The back of a police car is not the best place for somebody to be when they're having a mental health crisis," said Jeff Smith, director of communications for the agency.

In Indian Country, tribal healing to wellness courts are providing another alternative to incarceration.

According to the U.S. Department of Justice, there are four of these culturally sensitive courts operating in Oklahoma including the Cherokee Nation, Cheyenne and Arapaho tribes, Citizen Potawatomi Nation and the Seminole Nation of Oklahoma. They evolved from the drug court system and provide an intervention for people who would have gone to prison for addiction or crimes that stemmed from untreated mental health issues.

Wellness courts incorporate tribal teachings and practices while helping people get mental health care and other wraparound services, like assistance with housing, transportation and employment.

"I've seen wellness courts where everybody is smudged, they have some cedar or whatever their medicine is," said Kristina Pacheco, a licensed drug and alcohol counselor in New Mexico who also works for the Tribal Law and Policy Institute. "I've seen where the judge does not sit on the bench. They sit in a circle among the healing to the longest court, and they pass around a feather."

It may seem simple, but for those in crisis, it goes a long way. In the healing to wellness court where Pacheco worked, she said when people arrived battling an addiction, court officials would tell them they weren’t alone anymore.

"You have this whole team and you'd have the judge, you'd have the prosecutor, the public defender. You have treatment, you have probation all in the same room standing behind this person saying, 'okay, we're here to help you,'" said Pacheco in describing how they would treat people in healing to wellness court.

Pacheco recently consulted with Chickasaw Nation about setting up a healing to wellness court in the wake of the McGirt decision. Before the reservation’s boundaries were affirmed, Chickasaw prosecutors referred offenders to county drug court. But now Chickasaw Nation is trying to build a culturally relevant way to keep their citizens out of the prison pipeline.

It's a team approach to wellness. Officials consider a host of circumstances including whether the person’s employment, housing or medical needs were unmet. They want to know if these circumstances led to their arrest.

In Muscogee Nation, they are using the reintegration model. They offer reentry services for people who've been recently incarcerated. This includes housing, employment services and money for food, clothing and other necessities.

'I want to help my people'

Cherokee Nation is building a new drug treatment facility using settlement money from a lawsuit against the opioid industry. In 2019, the Tribe also opened a new mental health unit in an outpatient healthcare facility, and they’ve set aside millions of dollars for substance abuse treatment.

Mark Taylor, the director of behavioral health at the Cherokee Nation, says he is close to his culture and was fortunate to grow up around his traditional Cherokee family.

"I want to help my people," Taylor said.

Taylor said one of the reasons Cherokee Nation decided to invest in behavioral health was rising costs. In the face of rising demand, they were contracting with state and private facilities for treatment, which was expensive.

Taylor says his unit is also working more closely with Cherokee Nation Marshals. He said the relationship that has developed since the McGirt ruling has been helpful because some Marshal service members speak Cherokee, and they can help transport people in need of mental health treatment.

But the new system that developed in the wake of the McGirt ruling hasn’t been without problems. Sometimes, Marshals need help with mental health assessments from the behavioral health unit, but because of the demand, they’ve had to turn people away.

"It's caused a little bit of problems in terms of what we can do to help," Taylor said. "I don't think we're anywhere near equipped to help in the way I would like to see us help."

Todd Hallmark is the behavioral health director for Choctaw Nation. Before the McGirt ruling led to their reservation boundaries being affirmed, his department offered an educational summit on behavioral health to their Lighthorse officers. They wanted to give officers the chance to learn about how they can respond to people experiencing a mental health crisis and those with substance abuse issues.

"It's come more to the forefront, of course, because of McGirt and there's been more requests, more needs," Hallmark said.

He said they can better help tribal members now that officers are more involved.

The Tribe has also hired counselors and case managers who can collaborate with the criminal court system in an effort to get people the mental health assessments and treatment they need.

Rowley, the mental health coordinator for Choctaw Nation, said the goal of officers should be to help people feel safe and add opportunities for growth and healing. They serve the public, but he acknowledges that they are limited.

"When you talk to some of these officers, there is a great deal of empathy toward the people they try and help, but they are often forced into a corner because of the limitations of what their jobs are," Rowley said. "Having a liaison position like this is a great step toward helping people be able to get the help they need. The Public Safety Liaison position is evolving still, but luckily there are examples from across the United States and other Tribal Nations that can point us in good directions to see what helps us and our people the most." 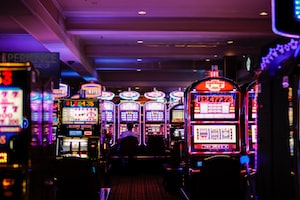 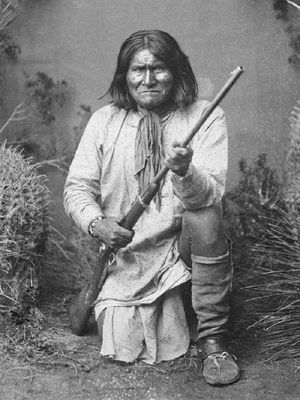