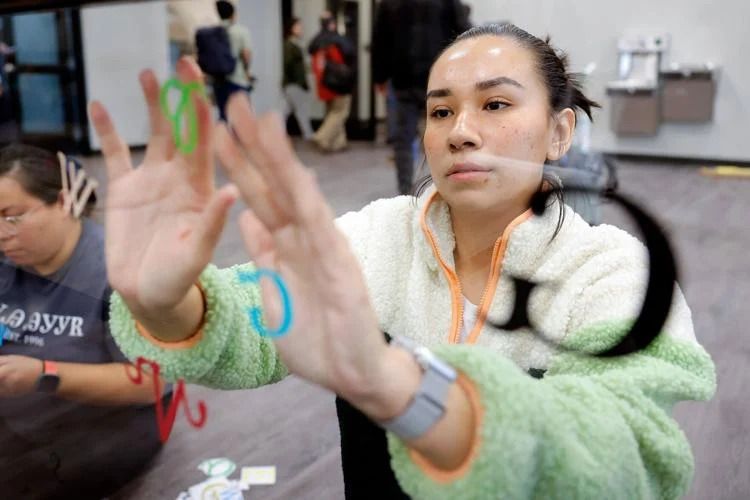 TAHLEQUAH — Officials wanted literally everything to be written in Cherokee at the tribe’s new $20 million language center — restroom signs, office names, even the “wash your hands before returning to work” posters next to the sinks.

“We could do them in Cherokee,” Hoskin said, “but it becomes a safety issue.”

Even among tribal citizens, only a fraction of visitors would know what the signs meant.

After giving it some thought, however, Cherokee officials found a way to avoid compromising on the no-English-allowed rule. Instead of spelling out the word, the facility’s exit signs use a pictogram of a human figure running through a doorway — an idea the tribe borrowed from Europe.

Built inside a former casino building near the tribal headquarters in Tahlequah, an hour southeast of Tulsa, the Durbin Feeling Language Center will open Tuesday, but the chief and a few guests toured the 52,000-square-foot facility a day early.

The center, named after the linguist who wrote the first Cherokee-English dictionary in 1975, will house 16 language programs that are currently spread across different locations.

An immersion day care will take infants as young as 6 weeks, while the tribe’s pre-K through eighth grade immersion school will move classes to the new facility in January.

The Cherokee Language Master Apprentice Program for adults will also have classrooms and offices in the building, essentially creating a cradle-to-grave language education program under one roof.

Only about 2,000 people can speak Cherokee fluently, less than one-half of 1% of the tribe’s membership, with maybe only 50 families that still speak the language at home — down from thousands of households just a generation ago, officials said.

With so few of them, Cherokee speakers can struggle to find opportunities to use the language in day-to-day life.

“That’s why it’s so important to put everybody under one roof,” said Cherokee Language Executive Director Howard Paden. “This community is so small that we’ve got to make it where we are accessible to one another and creating these situations where it’s just natural to have interactions” in the Cherokee language.

The tribe is racing to educate new native speakers before the aging ones die off. And in 2019, Chief Hoskin and the Cherokee Nation Council approved $16 million for language-preservation efforts, the largest language investment in Cherokee history.

On Monday’s tour, Hoskin joked that someday he will be “an old man pointing my cane” at the pictogram exit sign and telling people, “We thought of that.”

But he seriously expects to look back in 30 or 40 years and see the language center as a turning point for the tribe.

“By then, we ought to know with certainty that the language has not only been saved but has begun to be revitalized,” Hoskin said.

“We’re still in ‘saving posture’ now, but I think this facility will put us on the path toward revitalizing the language and making it part of more people’s lives.” 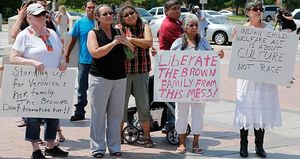 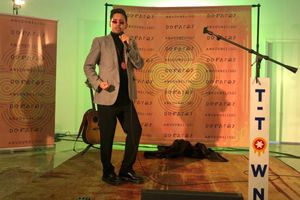