Who reaped $2.8 billion in windfall profits during the Great Freeze of 2021?
We all know by now that the Oklahoma legislature enacted legislation during
2021 to allow gas and electric companies to tack on a surcharge that us customers
will be paying over the next 25 years to reimburse the utilities for these highly
inflated costs.

As of this writing, it appears that the average residential utility costs will increase
by approximately $10 to $12 a month. For the poor, working class, elderly, and
those on a fixed income, these surcharges represent a hefty burden to bail out
the utility companies.

This utility company bailout represents corporate socialism on a grand scale. This
bailout has been led and advocated by a republican governor and a republican
dominated state legislature. These are the same republicans who continually hurl
charges of socialism at democrats. Yet in remarkably short time the republicans
practice corporate socialism by passing the bailout legislation on April 23, 2021, a
mere two months after the Great Freeze.

Under this scheme, Oklahoma ratepayers will bear the burden of funding the $2.8
billion in windfall profits that were realized by sellers of gas and electricity to the
likes of Oklahoma Natural Gas Company, Public Service Company of Oklahoma
and Oklahoma Gas & Electric.

Based upon the average customer surcharge of $10-$12, the Oklahoma
Development Finance Authority will sell about $3 billion in bonds to investors and
wherein such bonds will be repaid in 25-30 years. Meaning, you and I will be
paying off those bonds and thereby bailing out the utility companies and thus
unwittingly supporting Oklahoma’s corporate socialism.

During the Great Freeze of February 2021, utilities were forced to buy gas on
what is known as the “spot market.” The spot market is a financial market where

things such as commodities, or natural gas, are bought and sold for immediate
delivery. Think of an auction where prices are constantly changing and where the
successful bidder walks away with their purchase.

During the Great Freeze, prices on natural gas rose from $3 per thousand cubic
feet to nearly $1,200. That is nearly a 3,000 percent increase in just a matter of
days! The root cause of this stratospheric price increase was profiteering at its
most egregious. The cold snap quickly depleted the gas reserves of the utilities
and gas production ceased as the wellheads were frozen.

As a result, those with a supply of natural gas saw an inhumane opportunity to
jack up the price of their gas and thereby realize windfall profits to the overall
tune of approximately $2.8 billion. Think, for example, of Martin Shkreli, a/k/a
Pharmacy Bro, who overnight raised the price of a life saving drug from $13 per
pill to over $750, a 5,000 percent increase.

Who is responsible for looking into the high prices? At the federal level it is the
Federal Energy Regulatory Commission. The FERC is supposedly looking into price gouging but has been remarkably silent about any investigation. At the state level, it is Oklahoma Attorney General John O’Conner’s job to investigate the egregious price gouging by sellers of natural gas on the spot market during the Great Freeze. He, however, has done nothing to protect the public and us rate payers.

Oklahoma rate payers, especially our elderly and those on fixed incomes, should
not be saddled with bailing out the utility companies. In addition, as a matter of
principle, we should not be embracing corporate socialism. Let us hope that the
Oklahoma Supreme Court strikes down the corporate bailout legislation and
thereby prevents Oklahoma ratepayers from bearing the burden of these windfall
profits. 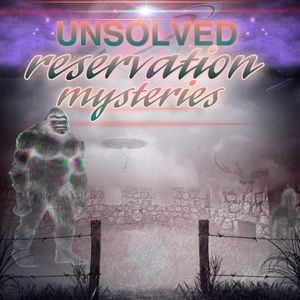