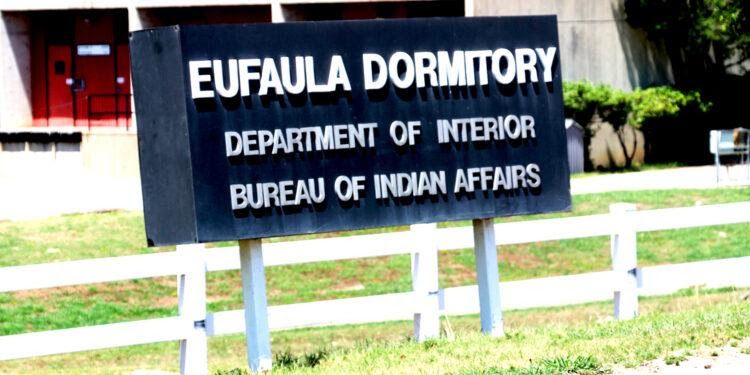 WASHINGTON D.C. – Not such a new discovery for tribes, the investigative report of the Federal Indian Boarding School systems unfortunately confirms that Native American children were “directly targeted” by the governments’ “pursuit of cultural assimilation and Indian territorial dispossession”. Federal policy of Indian assimilation has ultimately led to the loss of life, physical and mental health, territories and wealth, tribal and family relations, and culture, as stated in the report by Assistant Secretary of Indian Affairs Bryan Newland.

This initial analysis holds the government accountable for over 500 deaths of native children at approximately 19 Federal Indian Boarding Schools as of the reports’ submittal in April. The number of recorded deaths is expected increase as the investigation continues.

Volume One’s release comes almost ten months after the announcement of U.S. Secretary of Interior Deb Haaland’s initiative shortly after her appointment as her cabinet position started. For the first time, the department is in a position to initiate a project of this scope.

“I come from ancestors who remember the horrors of Indian boarding schools and assimilation policies carried out by the same department that I now lead,” Haaland said in press conference after her confirmation, in reassuring words.

Almost every Native American has been affected by the boarding school era enacted by the federal government. The distance of love, home, and family while being abused in all forms as a child has long lasting affects, as proven in the Runningbear Studies. It affects the way those survivors treat their own children, and they way they cope, and then those children suffer, then those children, and so on so forth. Generations after generations will feel the effects of an era that tried to take out the whole Native race.

Over a period of 150 years (1819-1969), the United States operated 408 boarding schools in total of 431 sites across 37 states along with 53 discovered burial sites for children with more to be expected as research continues. On average, states housed about 11 schools over the operating time frame with a great concentration in Oklahoma with 76 Federal Indian Boarding Schools. Approximately 90 of the 408 schools still operate as educational facilities but may not board children or rely on federal support.

The criteria for the 431 identified sites included the funding from the Federal Government funds or other forms of support; overnight, on-site lodging; provided a formal education or vocational training; and in operation before 1969. The first recorded school was opened in 1801 but it does not coincide with the first documented federal support given to an Indian school with over 50 percent receiving funding or involvement from a religious institution. Even so, at times the government would pay these institutions on a per capita basis for each Indian child that attended the facility even using money held in Tribal trust accounts.

In reality, there were many more Indian facilities were discovered that included day schools, sanitariums, asylums, orphanages, and stand-alone dormitories, which totaled over 1,000 facilities.

After being forcibly removed their homes, children were renamed from their birth names to an English name, forced to cut all their hair short, discouraged from using their first languages and cultural practices completely altering their identity as an indigenous person. They were forced to perform manual labor including livestock and poultry raising, dairying, western agriculture production, fertilizing, lumbering, brick making, cooking, sewing, irrigating, and railroad work. The school system focused on vocational skills that were often irrelevant to the U.S. industrial economy further disrupting Tribal economies, according to the report.

What still remains unknown is the exact number of Native American children who died while at the Boarding Schools under the care of the government. The Department intends to find the approximate number to be in the thousands or tens of thousands; many of which were buried without a mark or in a poorly maintained grave-site. Repatriation is due to the kids who never made it home, as long as they can be identified.

After the investigations’ initial findings, the Department of Interior has outlined goals and objectives in accordance with the ongoing investigation to assure a complete process of reconciliation for tribes’. Next, the Department will take action on collecting, analyzing, and digitizing documentation and archives from any entity (federal and non) in accordance with law and policy.

Congress appropriated $7 million through the fiscal year 2022 Consolidated Appropriations Act to authorize the Department to continue its investigation into boarding schools.

Sec. Haaland along with Assist. Sec. Newland, are currently working on collecting oral stories of living survivors as they travel around the country on the Road to Healing Tour as apart of Vol. Two. The first stop was the first known boarding school, Riverside Indian Boarding School in Anadarko, OK on July 9.

This a developing story. 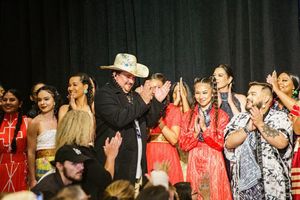