“Lord, take us back,” intoned U.S. Senate candidate Luke Holland at a
political event. But Saint Luke wasn’t the only candidate imploring the
Almighty to put some starch into America’s moral fiber. So too were the
other candidates. Indeed, they were singing from the same hymn book
such that it was difficult to distinguish one candidate from another. The
Pharisees would have been proud of their collective and strident self-
righteousness.

Mark Wayne Mullet followed St. Luke to the pulpit. I mean the podium. “By God! We are taking America back!” St. Mark bellowed. The crowd roared its approval. Next, it was U.S. Senator James Lanky’s turn to thump his bible. “Take America back!” St. James commanded as he waved the good book in one hand and an AR-15 in the other. His flock, or rather the attendees, were all whiter than Crisco shortening. They were a hodgepodge, if mutant, mix of Proud Boys, Neo Nazis, Aryan Nations, skinheads, Ku Klux Klaners, Boogalooers, KKKristian KKKonservatives, King George loyalists, Mussolini leftovers, and a scattering of Maharishi Yogis. The yogis were easily identified due to their white Kundalini robes. They all sat in the Lotus position while verbally accosting attendees for donations.

The occasion was a Unite The White rally organized and sponsored by the RepublicKKKan Party. Me, Tarpalechee, Yahola, and Fixico had infiltrated the rally. We were attired in KKK robes and hoods that drooped just below our eyes. Fixico’s hood drooped past his nose and thus he kept crashing into people and things.

“I can’t see,” he said just as he bumped into a burley motorcycle gang
member. “I am so sorry sir,” Fixico apologized. The beefy biker grabbed
Fixico by the shoulders and pulled him in close. “I am a woman, not a
man,” the biker barked at Fixico. “I’m so sorry ma’am,” Fixico again
apologized. “I’m a shim!” the biker commanded as she forcefully tossed
Fixico aside.

While Fixico was busy getting beat up, the rest of us continued walking
to our seats. “What happened to Fixico?” Tarpalechee asked. We
scanned the crowd trying to locate Fixico. Our view was blocked in
every direction by a sea of Nazi and Confederate flags. “Try to text
him,” I said. “No can do. I’ve only got one bar,” Yahola replied.

“Let’s go to our seats,” I said. “Fixico will just have to find us.” Meanwhile, Fixico had stumbled and bumbled his way next to the speaker’s stage. He was standing among a knot of Proud Boys, QAnoners, and Comedians for Trump. MAGA hats were in plentiful
supply.

Unexpectedly, Fixico was being pushed and pulled up the stairs and onto the stage. The events’ Master of Ceremonies approached Fixico and vigorously shook his hand. “Such an honor to have you, General Flynn,” the MC said. “General?” Fixico replied. “You are too humble, sir,” the MC said. “Let’s get you to the podium. Everybody can’t wait for your talk.”

“I am not a general,” Fixico protested. However, his words were drowned out by a sudden explosion of fireworks. Next thing Fixico knew he was standing alone at the podium while the throng of thousands clapped and cheered worshipfully. Fixico knew he had to say something, but he was clueless. He had the deer-in-the-headlights-look but without the headlights. Finally, the adoring applause gave way to silence. It was  time to speak.

There was a long, pregnant pause. Everybody leaned forward in their seats. Fixico stood frozen in mute silence. The crowd was growing antsy, shifting their gaze one to another. An audience member encouraged him. “Tell it, brother,” he said. That did the job.

“Let’s Go Brandon,” Fixico whispered into the microphone. The mob erupted into wild applause. Fixico was gaining confidence. “Take America Back!” he shouted. For that he received a standing ovation. Emboldened, Fixico screamed, “Segregation Now, SegregationForever!” He theatrically performed a Nazi salute. Hundreds of congregants began firing their revolvers into the air as confetti
streamed down. Fixico grinned proudly.

A sudden gust of wind blew Fixico’s hood off his face. It revealed a bumper sticker affixed to his forehead that read “Black Lives Matter.” The crowd recoiled in shocked silence. You could hear a pin drop. Fixico’s grinned sheepishly. “Lock him up,” someone screamed. The crowd surged forward intent on crucifying Fixico. The cult leaders on the stage menacingly encircled him. There was no escaping. Fixico silently prayed.

Miraculously, a massive wind blew. Fixico spread his arms and the loose
fabric of his KKK robe acted as wings. He slowly elevated above the crowd. The congregation dropped to their knees and knelt in silent reverence. Colin Kaepernick would have been proud. The fierce air current slowly blew Fixico into the far distance. As he disappeared, Fixico shot everybody the peace sign. 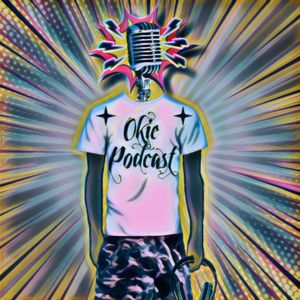 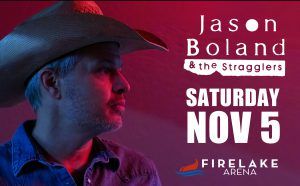