Who or What is Native?

Who, are what, is Native? And what does it mean to be Native in 2022? Today, being Native is generally defined as possessing a tribal enrollment card. However, there are notable problems with that. Most tribes employ the use of a base roll to ascertain citizenship eligibility. Generally, those rolls were compiled over 100 years ago. Often the base roll is the Dawes Roll. But we know that many people were enrolled by Dawes who shouldn’t have and others who should have been on the roll were left off.

Even more problematic is that those rolls were not created by the tribes but by white people working for the federal government. Thus, using the Dawes Roll as the be all and end all of “Nativeness” is to embrace a form of colonization and white hegemony. Under this process, newly minted tribal citizens can proudly flash their tribal card while knowing next to nothing about “their tribe.” Is this what we want for our collective Native future? White people with Indian cards? It seems being Native must encompass more than a plastic card.

Is being Indian mean a state of mind? Are you Native “if you know it in your heart?” Is it cultural/historic tribal awareness? An ability to speak one’s tribal language? Does it have to do with appearance? Are there enduring and traditional Native lifeways and values? In answering these questions, it is illuminating to ask: even amongst our traditional people of today, would their tribal ancestors of 400 years ago recognize and acknowledge them as Native?

The coming of the White Man fostered wrenching changes among indigenous peoples since the first boat peoples washed ashore over 500 years ago. Native peoples have had to adapt and change in response to the cataclysmic impacts of the White regime upon the millennia old ways of Native peoples. Perhaps one of our tribal ancestors, from 400 years ago, may recognize and feel a blood kinship with our contemporary traditional people. The ancestor may be comforted in hearing tribal

Perhaps our Native visitor from time past might also feel at home in the songs, dances, and the drumbeat of contemporary tribal culture. At the same time, our atavistic visitor, would surely note the absence of plentiful buffalo and other game. I believe that our Native visitor would recognize if not appreciate that contemporary Native peoples were forced to adapt and change as result of the coming of the White Man.

So many things different, yet so many things the same. I rather think that our time warped Native visitor from 400 years ago would likely tend to have an attitude of acceptance of our contemporary Native peoples despite the vast differences that exists across 400 years of time.

And therein lies the key to the questions I have posed. Who or What is Native? I believe that there are at least two paramount elements. Those are Native blood and community recognition/acceptance as a tribal member. I proffer the following formula: Blood + Community Recognition/Acknowledgement = Native

Our visiting grandfather from 400 years ago shares the same tribal blood as his contemporary descendants. It is a truth, universally acknowledged, that the sine qua non of Nativeness is tribal blood. Concomitantly, acceptance, recognition, and acknowledgment as a tribal member by the tribe is indispensable.

A tribal family, or tribal member, must claim you and stand up for you as being tribal. Implicitly, to be claimed as a tribal member, you should share some common characteristics with tribal members. Typically, these might include such things as language, dance, ceremonies, activism, or tribal art. Honoring Mother Earth and engaging with the spirit world are universal Native practices.

We Natives of today may not recognize much as Native if we were able to come back to life 400 years into the future. The changes that time will wrought! We would recognize the impact of human and natural change upon our Native people and ways. Just as us modern Natives in the year 2022 are very different from our Native forefathers centuries ago, so too will be the future.

Native generations of the year 2608. However, I believe, and hope, that the twin attributes of blood and community recognition/acknowledgement will endure. 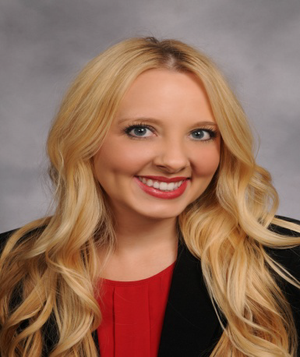