Fancy dancers, fry bread and the crowning of a princess marked the return of the Tulsa Powwow.For one of the oldest powwow clubs in the nation, festivities this past weekend were a welcome return. Because of COVID-19, the event has been on hiatus for two years.The voices of Powwow emcees Archie Mason and Mark Wilson boomed throughout the Cox Business Center in Tulsa on Saturday as they welcomed dancers, powwow royalty, the Cherokee Nation color guard and veterans — Native and non-Native — into the arena to kick off the event's 70th year."They're still coming in, they're still coming in…" announced Wilson to the Northern Drum Mato Pejuta. "Here at the iconic, historic Tulsa powwow!"Robert Anquoe has been involved with the event for most of his life. His uncle Kenneth Anquoe founded the club in his backyard in midtown Tulsa in 1947. He said it wasn't always mainstream like it is today."Indian culture at that time was, as we say, forbidden. It was not practiced, there were still those policies of assimilation in place for Native people," said Anquoe.

19-year-old Leigha Easley of Pawhuska is crowned 2022-23 Tulsa Powwow Princess by Jasmine Phetsacksith, who held the title from 2019 to 2022.
The organization was officially organized in 1952 as the backyard gatherings of Native people living in Tulsa grew. Anquoe said it was a way for Native people to share and practice their culture."They were just living their lifestyle — tradition, custom, songs and expressing themselves in that traditional lifestyle they were more accustomed to," said Anquoe.This year's incoming Tulsa Powwow Princess was also crowned — 19-year-old Leigha Easley of Pawhuska."Being a powwow princess, I feel like it's so important. I'm so honored for this position," said Easley, who is studying sociology and human services and is a sophomore at the University of Central Oklahoma. She replaces the 2019-2022 Powwow Princess Jasmine Phetsacksith. The Tulsa Indian Club, the organization that puts on and organizes the powwow is one of Tulsa’s oldest Native American cultural organizations.Most of the time, the powwow arena is a space free from politics or stump speeches. But this year, gubernatorial candidate Joy Hofmeister joined this year's gathering.Emcee Mark Wilson, introduced Democrat Joy Hofmeister saying he and his family had known her for many years when she tutored some of his children. Hofmeister said she wants to have a better relationship with tribes in the state than the incumbent Oklahoma governor, Republican Kevin Stitt."It is time for a governor for the state of Oklahoma that respects again the tribal sovereignty of our tribal nations, and I will do that, and we will lead together in partnership," said Hofmeister. Hofmeister announced last fall that she was switching parties from Republican to Democrat in order to challenge the governor. Stitt is an enrolled citizen of the Cherokee Nation, but has had a contentious relationship with many tribal nations around gaming compacts and criminal jurisdiction. 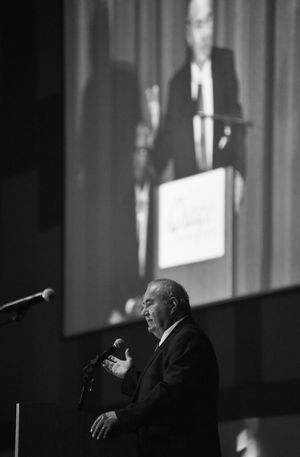 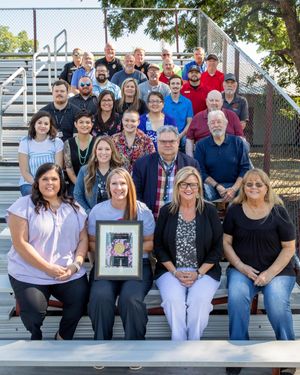