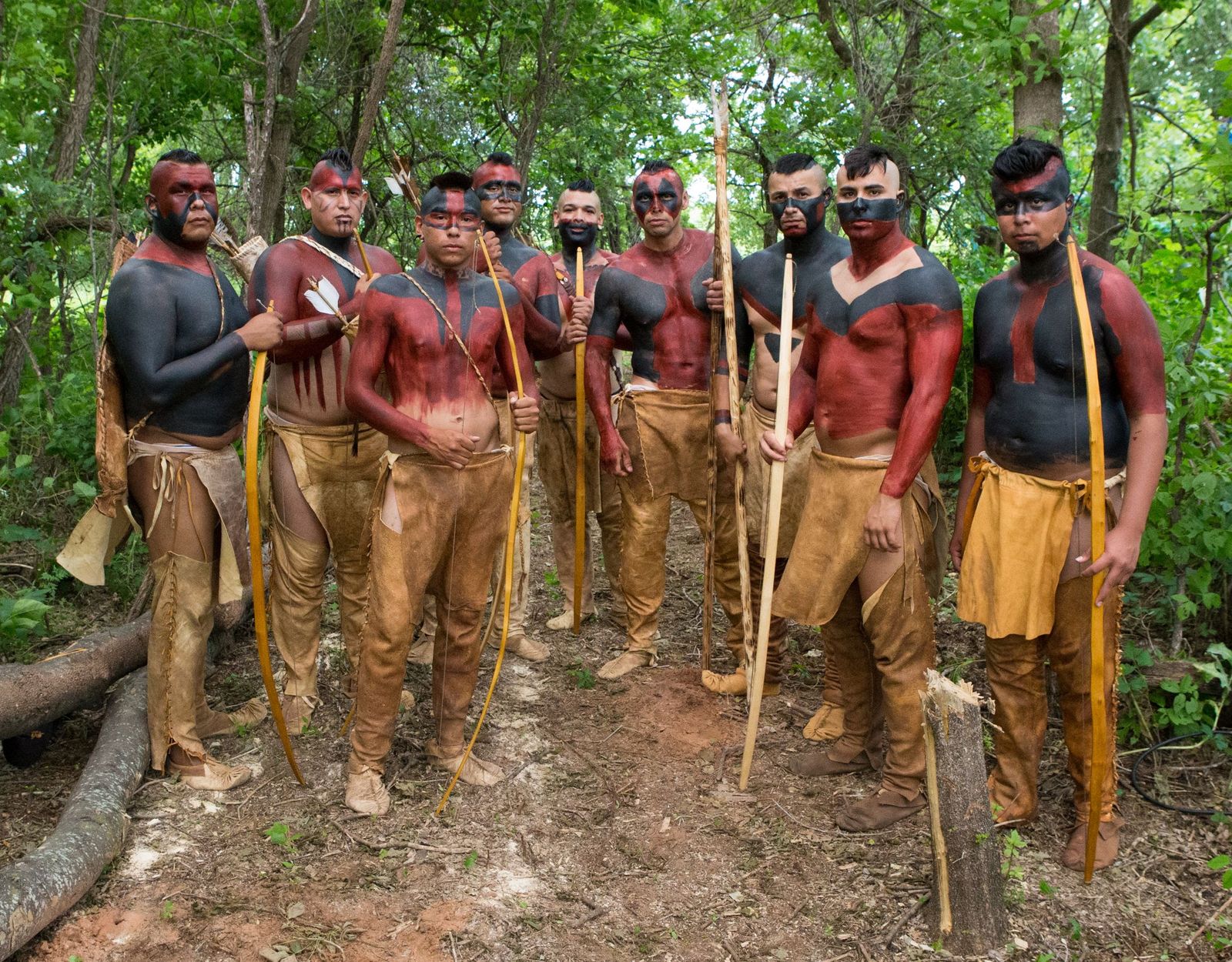 Life would never be the same for the Chickasaw people after the winter of 1540 when they faced their first European power. Represented by Spanish conquistador Hernando de Soto, who had a thirst for gold, initial impressions with the Spanish would not go well. Chickasaw warriors were forced to drive off the Spaniards from the Chickasaw Homeland.

The historic Homeland of the Chickasaw is comprised of parts of present-day north Mississippi, northwest Alabama, southwest Kentucky and west Tennessee. It is filled with an abundance of game and valuable natural resources. When De Soto and his band of conquistadors encountered the Chickasaw, they found a prospering people.

The Chickasaw had complex trade and communication routes. Major waterways and the Natchez Trace provided easy means of travel. The Chickasaw took advantage of these natural trade routes, including the Mississippi, Tennessee, Ohio and Tombigbee Rivers.

These routes connected Southeastern First American tribes and provided a natural passageway for De Soto to use to make contact with First Americans. The two groups eventually met on the upper waters of the Tombigbee River. Spanish explorers were initially pelted with arrows as they tried to cross the river. Chickasaw warriors held the Spanish on the opposite bank of Chickasaw territory, finally relenting after several days.

When hundreds of Spaniards entered the Chickasaw Homeland, they settled for the winter in a Chickasaw village that was not being used. They brought with them horses and pigs, the Chickasaws’ first introduction to these animals. The livestock would have a profound influence on the future of Chickasaw culture.

Uneasy contact took place between the Chickasaw and Spaniards. The Chickasaw provided food, supplies and gifts to the Spaniards in an effort to keep peace. However, De Soto and his group were not kind to Chickasaw people.

While De Soto found a thriving, complex society, the European perspective of First Americans was much different. The Spanish believed they could do as they pleased to Indigenous people.

In early March 1541, De Soto prepared to leave Chickasaw territory, demanding the Chickasaw supply him with hundreds of people as porters. Tired of the Spanish demands, the Chickasaw decided to force the conquistadors to leave.

In a pre-dawn surprise attack, Chickasaw warriors burned De Soto’s encampment to the ground. It was a Chickasaw custom to strike enemies hard and fast, allowing only for the loss of a few warriors. The Spanish were routed. According to Spanish chroniclers, more than a dozen conquistadors were killed and almost all were wounded in some manner. With such a lopsided victory, the Chickasaw withdrew with their military objectives complete. The Spanish expressed surprise that they were not all killed.

After the battle, the Spaniards regrouped. The Spanish had many wounded, and they spent time dressing wounds, reforging weapons and regathering strength to continue their journey out of the Chickasaw Homeland. When he felt ready, De Soto began his search for gold anew. However, the battle with the Chickasaw changed the focus from “exploring and conquering” to one of mere survival for his group.

A little more than a year after leaving the Chickasaw, De Soto would die from complications of fever. His men sank his body in the Mississippi River to hide his death. The Spanish built rafts and floated down the Mississippi River to the Gulf Coast, and skirted the coast until they reached Spanish territory in Veracruz, Mexico. According to the Spanish, more than half of the force they began with had died.

The battle with De Soto solidified the reputation of Chickasaw warriors as being fierce. For nearly 150 years, few Europeans traveled to Chickasaw territory. Writings of the time period compare Chickasaw warriors to “Spartans of the Lower Mississippi Valley,” associating them with the deeds and actions of the ancient warriors of Sparta, Greece.

The encounter with De Soto and the Spanish was adapted into the Chickasaw Nation Productions documentary film, “First Encounter.” The film recounts the actions taken by those daring Chickasaw warriors during their first contact with Europeans. The documentary highlights the encounters, struggles and perseverance of the Chickasaw people throughout Spanish explorer Hernando de Soto’s attempted conquest.

Chickasaw Nation Governor Bill Anoatubby noted the documentary is a production of the Chickasaw Heritage Series, which presents important historical events from a Chickasaw perspective.

“Hernando de Soto is a significant figure in the history of North America. While his story has been told from various points of view, we believe our perspective adds significant context to the historical narrative,” Governor Anoatubby said.

“First Encounter” was judged Best Short Documentary at the Trail Dance Film Festival in 2015. The American Indian Film Festival awarded it as an “Official Selection.” The late Ed Hermann, a veteran of the silver screen and television, narrates the film.

“First Encounter” is available to purchase on DVD. The DVD special features include the official film trailer and behind-the-scenes extras. These include “The Sounds of First Encounter,” “Props and Costumes,” “The Making of a Scene” and “Construction of Chicasa.”

Other documentaries produced by the Chickasaw Nation include “Bearer of the Morning” and “Pearl Carter Scott: On Top of the World.”

In addition to the “First Encounter” documentary, educational curriculum is available at no charge to download for elementary and secondary classrooms. These can be found at ChickasawFilms.com/Education. This curriculum can be used to supplement the educational impact of the documentary.

Chickasaw historians, researchers, archaeologists, tribal elders and educators contributed to the writing process of the documentaries and teaching plans of the curriculum. Each film focuses on a specific event or individual throughout the Chickasaw Nation’s history. Corresponding curriculum is complete with tailored reading material, discussion questions, student activities, quizzes and references for convenience.

“It’s great that the Chickasaw Nation is creating curriculum,” said Bernadette Ward of Tulsa’s Will Rogers College High and Junior High School, during a 2019 conference introducing Chickasaw curriculum. “Having lived in Oklahoma, and surrounded by so many different (First American) nations, it’s important that people know about them. Students need to know where and how this state was created and where we came from. We are surrounded by great cultures; we have to hear from them.”

Chickasaw Nation Productions was established in 2009 as a result of Governor Anoatubby’s vision to utilize film production to preserve the stories of the Chickasaw people.

The goal of Chickasaw Nation Productions is to educate audiences by producing feature films and documentaries with accurate, positive portrayals of Chickasaw people, history and culture. 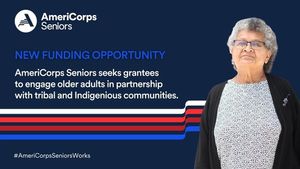 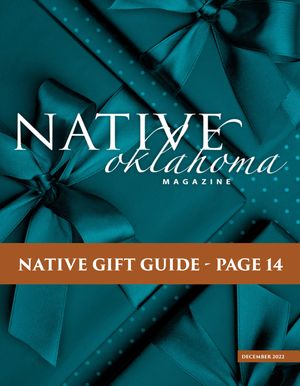